Devious Designed the promotional material for the inaugural Extreme Games in Vermont hosted by ESPN2. In addition to this CD packaging, Also designed were invitations, video packaging, and tray liners for taco bell promoting the event.

The above CD design was featured on the television show one of the nights dan rather was a guest. in addition to showing the cover, mr. Rather played the harmonica and sang a song or two.

High Tides Magazine, A Devious Design production, was launched during the forth of july parade in half moon bay, california. The high tides bus, which can also be seen close up in the promotions Design section was decorated, and friends dressed for a hawaiian theme as the premier issue of the magazine were handed out along the parade route. With tropical and summer music blasting, the event was a huge sucess. 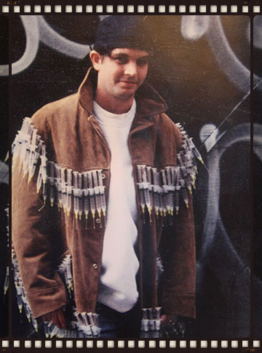 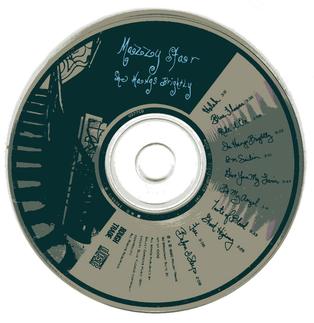 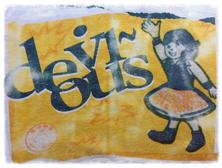 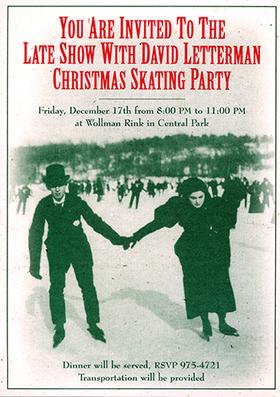 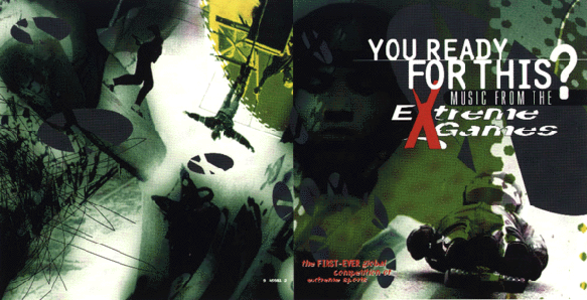 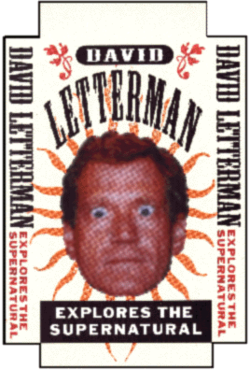 In addition to on-air props, Devious Design also was responsible of print advertising and other printed material. Above is the invitation to the cast and crew christmas party at wollman ice skating rink in central park, New York city. 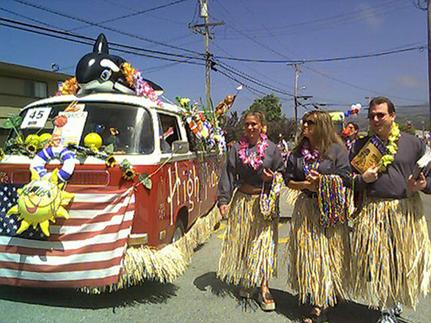 While living in New York City, most of Devious Design's work was focused on the entertainment industry: Companies like Atlantic Records, ESPN, ESPN2, ESPN the Magazine, NY1 News, and Time Warner City Cable. I was first introduced to the Late Show with David Letterman through a friend from Parsons School of Design. She had worked for Saturday Night Live, and was transitioning to the Late Show at the time Letterman was moving to CBS. She contacted me to design the national television show's logo, then later brought me on as the Senior Graphic Designer. Below, are some of the printed and on-air props from that time period. The photograph to the right is me in 1993 wearing a leather jacket made for the Halloween Edition of the program. The fringe is syringes, and never made it to the air.

This was an on-air prop for the late show with david letterman, which also featured a skit with paul shaffer.

The Pillsbury Dough Boy and his boyfriend Pierre.

Conceptualized by the show writers, This was an on-air prop for the late show with david letterman, which for obvious reasons

never made it to air: Cute though.

This Mazzy star Cd and packaging was designed by devious design in collaboration with reliable design for Rough trade records. 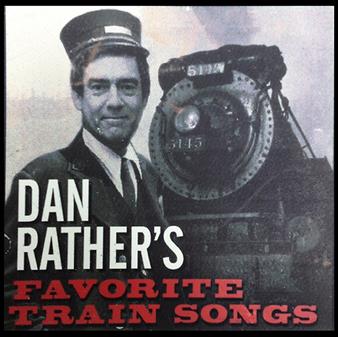 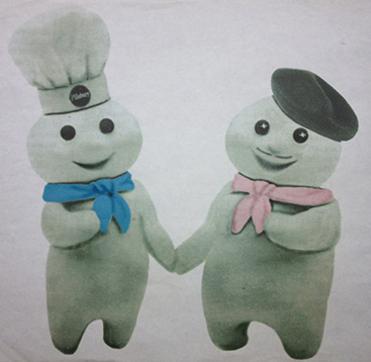