The Late Show with David Letterman

Devious Design was contracted to design the logo by Worldwide Pants: Letterman's production company. I would

later go on to become the Senior Graphic Designer for the national nightly television program.

LOGO DESIGN FOR FOR COMPANY, WHICH BEGAN by a spring designer turn entrepreneur . company first built bar stools, tv stands and light fixtures with large industrial springs. Some of the work is featured at the lexor hotel in las Vegas, and for seating at Build a Bear company stores across the country. however as the founder changed direction, he moved into the motorcycle racing parts business.

Self promotion logo for design studio, which first began in New York City in 1991. Moved to Half moon bay, california in the late 90's, then to key west, florida before settling in springdale, Arkansas. 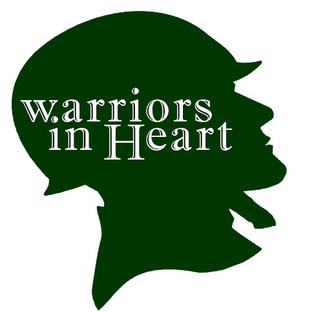 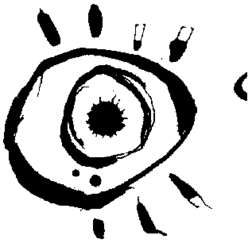 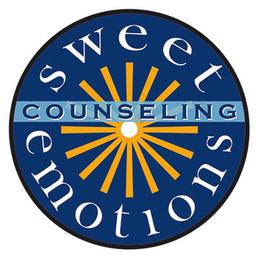 Below is a small sample of our favorite logos created throughout the history of devious design. The group is diverse in company size, nature of business, and location: New York City, San Francisco, Florida, and Northwest Arkansas. 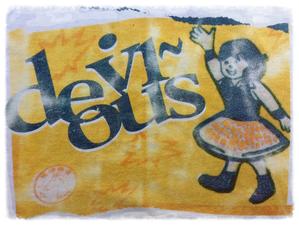 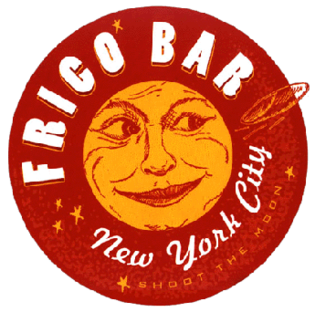 Designed for Restaurant/Bar in Hell's Kitchen area of New York City. A Frico is an Italian food, typical of Friuli and similar to another Alpine dish, Rösti, which consists of a wafer of shredded cheese and potatoes, then heated by baking or frying until crisp. 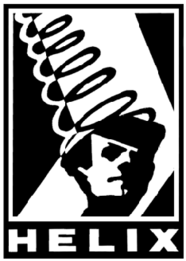 High Tides magazine was a full color fun & leisure magazine based in Half moon bay, California. it was conceptualized, founded, designed, printed and distributed by devious design for two years. during this run the magazine went from a print run of 7,500 to 15,000. The magazine won six national design awards for excellence in communication for the magazine graphic design:usa: one of which was for the design of this logo.

Logo design for one of two restaurants located in the World Trade Center in Manhattan. Gemelli was an upscale restaurant located on the Plaza level. The second restaurant by the same owner, Tony May, was Pasta Break, which was in the lower level. Both restaurants were destroyed in the terrorist attacks on 9/11.

Logo designs above and below. Springdale, Arkansas Counseling private practice, which specializes in Substance Abuse and mental health issues. Kenneth Davis who is Devious Design's founder practices art therapy at Sweet Emotions. Company want two logos for various applications, which could stand alone, but had the same look and feel.